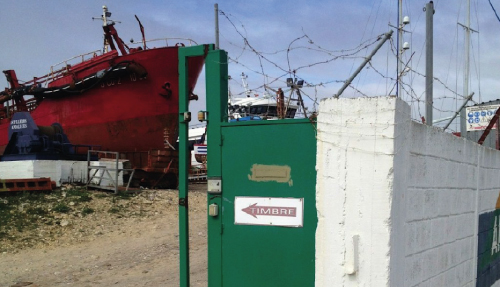 My tri-weekly run usually takes me past the fish auction house and past the salt fields Las Salinas in Sanlúcar de Barrameda, where I live, right in the south of Spain and roughly an hour from Morocco. Depending on the time you run, you are bound to get a different perspective, as your mind focuses on different things and your senses do too – for example the smell of fresh fish. I have now run this route about 20 times and every time I notice something which I haven’t seen before.

On a mild Tuesday afternoon, as I was running past the fisherman in Bonanza unloading the fish from their trawlers, I thought about two important things – partly influenced by the personal development podcast I was tuned into. Firstly, in order to progress you have to be moving. Looking down at my feet, there was no question that I was fulfilling this part.

Secondly, you need to be observant rather than have tunnel vision. I realised that these two points are also key ingredients of being a successful language learner. Everywhere, I fix my gaze; there are clues into the culture of the area and stimuli in Spanish, in the way of signs that provide a challenge to the linguistic part of the brain.

The name Bonanza, meaning prosperity, which is the historic part of Sanlúcar that I have grown to know so well from my runs, is not – unfortunately – synonymous with the economic climate in this area. Perhaps several years ago this area provided a substantial part of the income, being a fishing port and the area where fish is brought in and then sold to the pesacaderias (fishmongers).

In fact, Columbus set sail from here on his third voyage followed not long after in 1519 by Fernando Magellan. Now, this once thriving area is like an unpolished gem. Many of its buildings are falling apart or for sale something I picked

up on when I saw the En Venta (For Sale) signs everywhere. Nevertheless, fishermen continue to ply their trade here and when they are not working, spend their time sharing a manzanilla sherry or another alcoholic beverage with their comrades whilst they either watch football, eat or play cards.

Before I get to this part of town I never fail to notice the shipyard. You can ́t miss it. There are three huge ships jutting out with the word Astilleros (shipyard) emblazoned on the wall in large painted letters. I gathered this meant shipyard and was correct when I checked the dictionary upon my arrival home. The word for doorbell, timbre, is also obvious as it is written with a symbol above it next to the entrance to the shipyard. Some of these signs are clearer than others and it doesn’t take too much guessing as to what they mean.

Like my body when I go running every week, my mind is also constantly working and this, together with a bit of enthusiasm and curiosity, hopefully means I am bound to learn something new every time I put on my trainers.